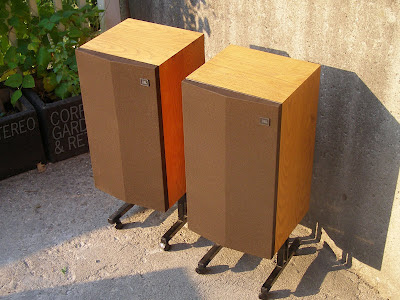 I removed the original cloth cleaned it, and carefully remounted it on the frames, keeping the hole for the badge in it's original spot and stretching around it. It was worth the trouble, they look almost new. 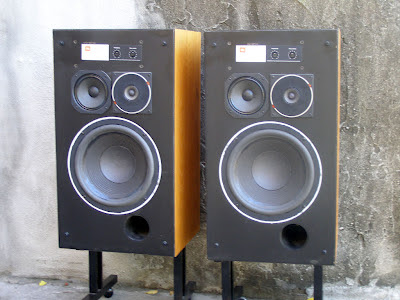 Posted by Lloyd Naftolin at Thursday, August 30, 2012 No comments:

UPDATE: I moved the Sansui 250 over to try it with the Mission Argonaut Reference speakers. It drives them beautifully.

Tonight I'm listening to a remarkably solid and well made Technics SLQ212 direct drive turntable with a brand new Ortofon OM10 Super cartridge. It's connected to the Sansui 250 tube receiver driving a just arrived pair of Mission 707s. It's making beautiful music, with episodes of startling realism.
Posted by Lloyd Naftolin at Thursday, August 30, 2012 No comments:

I bought a record cleaning system.

I can't think of another modest investment that's made such a big difference to my enjoyment of the music. I'll tell you more about using it in a couple of days. It's similar to the Spin Clean system, newly arrived here, but made and used in Germany for the past 30 years. The brushes are goat hair.
It works well, and I'm listening to beautiful and rare recordings that I bought for 50 cents at the Salvation Army, and they sound like heaven.
Posted by Lloyd Naftolin at Thursday, August 30, 2012 No comments: 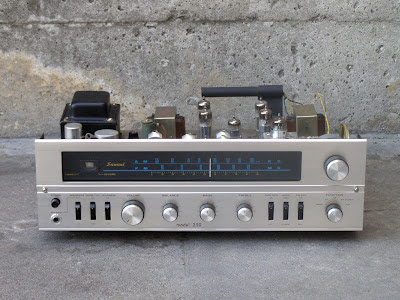 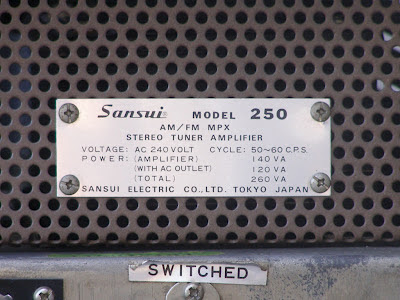 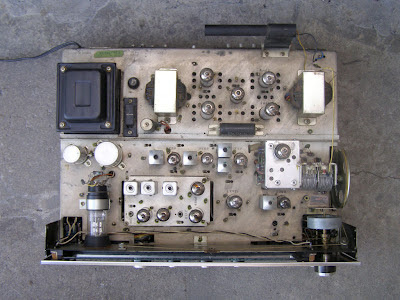 Posted by Lloyd Naftolin at Sunday, August 26, 2012 No comments:

The speakers are an homage to Mission, so I made them look it. 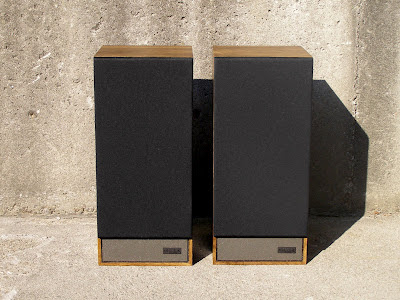 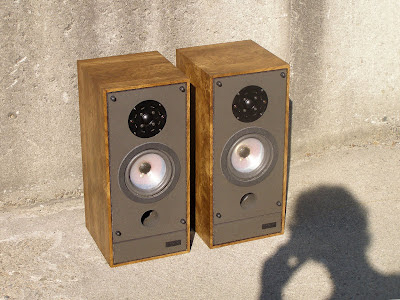 Updated: These smallish Merak Acoustics speakers use the same Seas tweeter as Meraks big floor standing systems (the M3 and M4), and famously in the superb Mission 770 (and Boston Acoustics finest), and an excellent 6 inch polypropylene woofer in an elegantly (and generously) proportioned ported cabinet. They're well built and braced. They sound great. Because they are an homage to (or ripoff of) Missions, I made some styling changes to reflect that. The front baffle is hammertone gray, the grills are black, and the speakers look much more serious than when they were all a busy woodgrain vinyl. The woofers have been refoamed with professionally 8 inch modified surrounds, the modifications being necessary because no stock surround available from a vast selection (at the Speaker Shop) had the extreme inner and outer diameters necessary. There is a visible seam, but the woofers sound and behave perfectly.
Posted by Lloyd Naftolin at Sunday, August 26, 2012 1 comment: 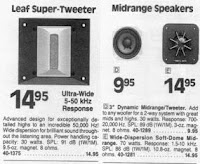 Thanks for your comments. They're Radio Shack components from the mid eighties, probably bought as an assemble it yourself 'dream' system. These were premium parts. 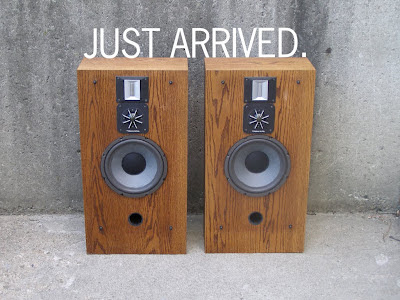 If you know what model this is, please tell me. I just refoamed the woofers, and I believe that these have Foster drivers.

A pair of JBL L36s in very nice condition. I haven't heard a pair in ages, and they're always a joy.

A pair of Merak M.5s, just like these. I think I have a better chance of finding the correct foams. I didn't know The Speaker Shop 4 years ago!
Posted by Lloyd Naftolin at Tuesday, August 21, 2012 2 comments: 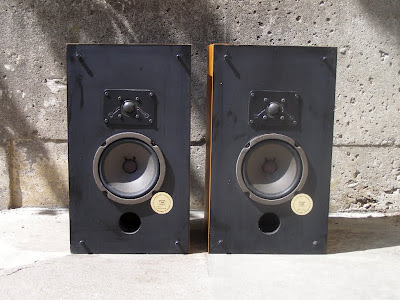 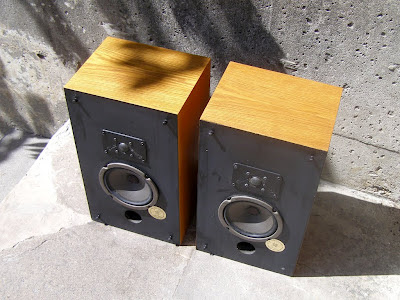 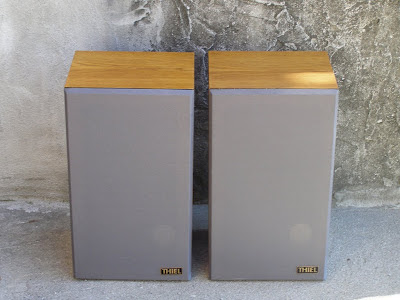 These are beautiful sounding loudspeakers that do most things well. Their flaws are of omission and don't detract from their all around musicality.
Posted by Lloyd Naftolin at Monday, August 20, 2012 No comments: 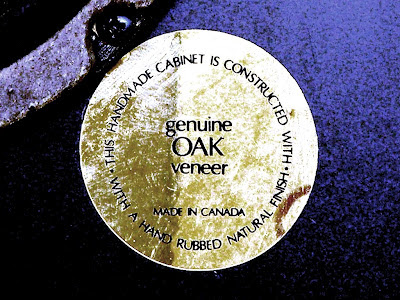 I just finished refoaming the 10 inch woofers on a pair of Sound Dynamics 500 Concert Monitors. One of my favourite canadian brands of the seventies, they're early Cerwin Vega clones, but with better components and JBL quality cabinetry (I mean the wood joining, not the ho-hum fake woodgrain vinyl). They even had orange surrounds.I refoamed with black, as always. Personally, I never liked the orange. True 'Vega fans can write nasty comments.
I also have a small pair of Theil Model 02 bookshelf speakers, designed by Jim Theil, one of the masters of american speaker design, (but not early on, marketing). These are small oak veneer ported boxes with Peerless dome tweeters (as seen in Polk audio Monitors) and 6.5 inch Peerless (rubber surround) woofers. They're made in Markham, Ontario. I haven't listened for long, but they're sweet little speakers.
Posted by Lloyd Naftolin at Sunday, August 19, 2012 No comments:

They don't make them like they used to. Excellent example. 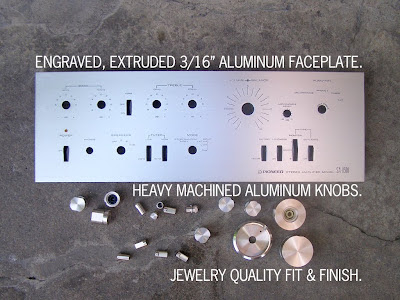 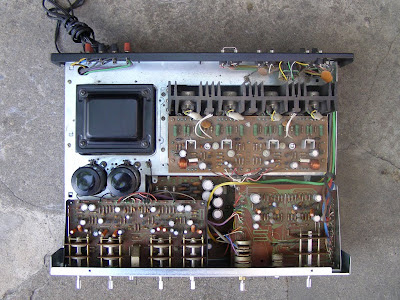 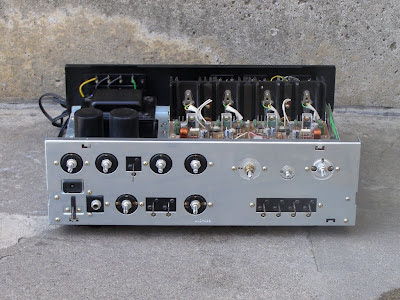 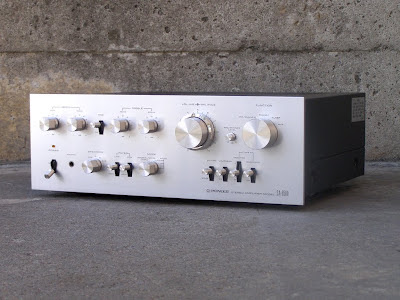 It's an excellent example not just because it's a really good amp, but also because in the period that this blog loves, companies like Pioneer made their equipment lines this way top to bottom. The engineering is solid. The manufacturing standards are very high, and the design is elegant and considered. The SA-8500 was second from the top of Pioneers integrated line in 1975. It's a pleasure to use. It provides a deluxe user experience because it was designed to.
Posted by Lloyd Naftolin at Sunday, August 19, 2012 2 comments:

Posted by Lloyd Naftolin at Saturday, August 18, 2012 No comments: 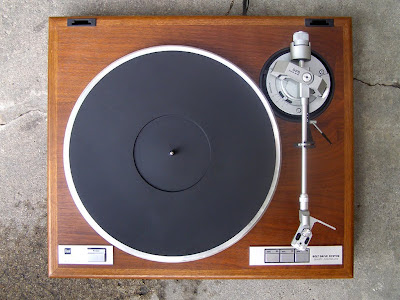 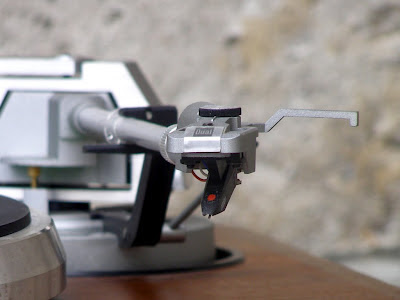 This is an excellent turntable, and with the Ortofon OM30 cartridge it's been making beautiful music.
Posted by Lloyd Naftolin at Thursday, August 16, 2012 1 comment: 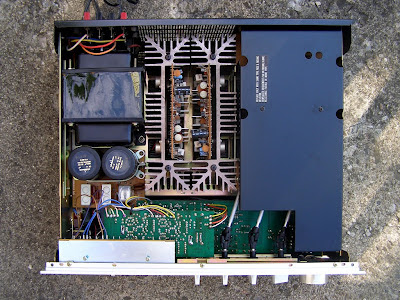 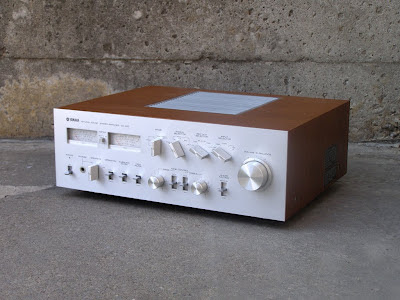 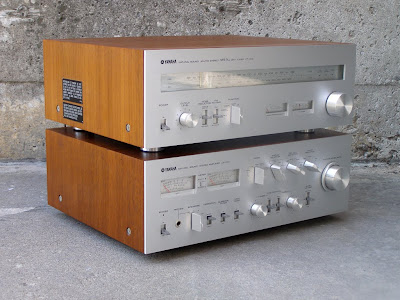 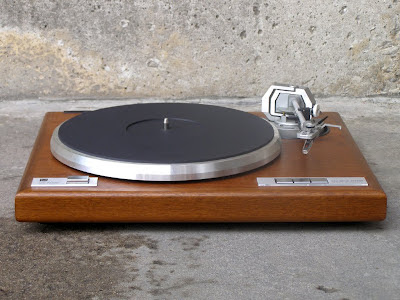 Not very arguably, the best turntable Dual ever made. It's a true suspended sub chassis 'table, and will be in my system very soon.
Posted by Lloyd Naftolin at Monday, August 13, 2012 No comments:

A pair of Yamaha NS-690s, of a later vintage than this pair that I had last year, the triampable ones.

A gorgeous Yamaha CA-1010 Natural Sound integrated amp and matching CT-1010 tuner. This is top of the line stuff from the mid seventies,  over a 100 watts per channel, 20 in class A, and I can't wait to hook up this amp!

A Dual CS5000 turntable with Ortofon OM30 cartridge. Considered by many to be the finest Dual ever made, this is one I've been wanting to check out for a long time.
Posted by Lloyd Naftolin at Sunday, August 12, 2012 No comments: 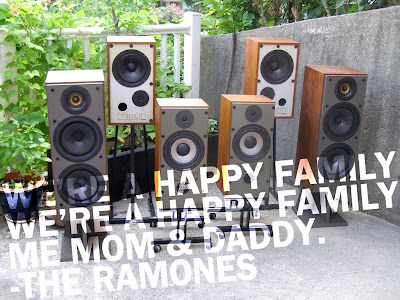 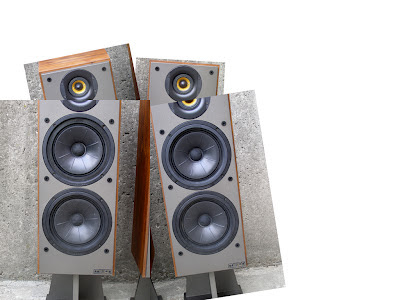 I don't really know what to call these, and neither, apparently, did Mission. The hammertone grey baffle dates them around 1985, and they use the same stand as the 737, 770 Freedom 4 and 780 Argonaut in the 1985 speaker catalogue. They're the same form factor as the 780, but the drivers are all different. They're made in France by Sierre, a high end OEM manufacturer, later bought by, and absorbed into, Audax. In researching these speakers, I found a complete set of photos of an identical pair in eastern Europe, but no model number. A gentleman in Alberta, who called them Argonaut Reference speakers, was trying to find a single woofer for his. I've seen one other speaker from Mission with the same ribbed woofer. It was designated 770S, and had a standard 770 Freedom 4 Vifa tweeter, with one ribbed woofer. Frank Fabian, at The Speaker Shop (where Fernando installed new surrounds on the tweeters, a very, very difficult process), was very surprised to see a pair on this continent. Perhaps they're prototypes (maybe even in conjunction with CYRUS, who used Sierre drivers in demonstrations at european hifi shows), perhaps a limited edition.
So, how do they sound? I'm a big Mission fan, and know the 770 in all it's versions pretty well. I've never heard a made in England Mission that I didn't like, especially the 70s and early 80s products. These sound bigger in every way, and add to the traditional Mission strengths in subtle and not so subtle ways. There is nothing subtle about the bass response of these speakers. Subjectively, I've only enjoyed bass of this depth once before in my apartment, from a pair of ESS AMT3 Rock Monitors, but not with the same speed. The bass is fast, tight and extended, but very tuneful. The mids are beautiful, as is the top. They're very revealing, never hard though.
These are some of the coolest speakers I've ever owned.
Posted by Lloyd Naftolin at Friday, August 03, 2012 9 comments: 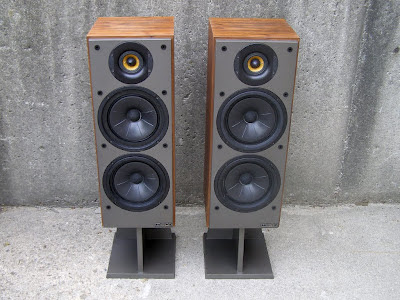 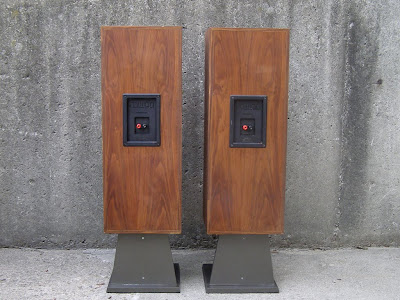 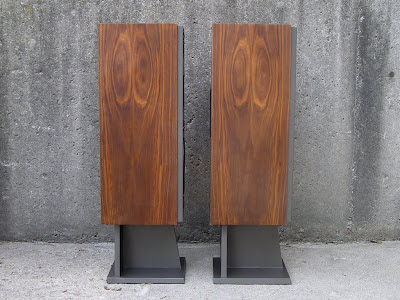 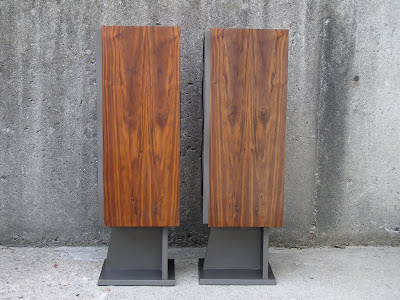 I'll tell you all about how fabulous they sound soon.
Posted by Lloyd Naftolin at Thursday, August 02, 2012 No comments: