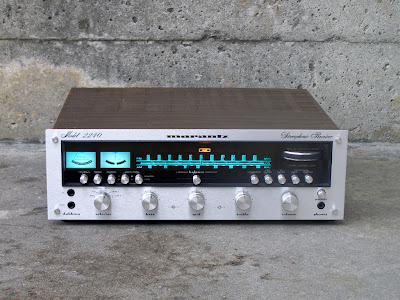 Posted by Lloyd Naftolin at Saturday, September 29, 2012 No comments:

Posted by Lloyd Naftolin at Monday, September 24, 2012 No comments: 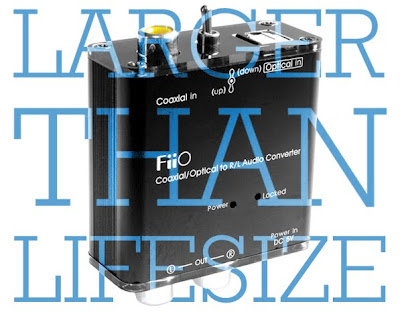 I bought the Fiio D3 because it's $27.00 (I also spent $14.00 on an optical cable to connect it to my mac), and uses the same Wolfson D/A chip as much more expensive DACs from Rega and Cambridge Audio. I'm enjoying the sound immensely, and think it's an improvement over my previous USB DAC (which used the also popular Burr-Brown D/A chip). Whether the improvement is due to the superiority of an optical connection from the computer to the DAC over USB (which is also the DACs power source), the different D/A chip, or a combination of both, I can't tell you. I can tell you 2 things, though:

1. It's hard for me to imagine that a Rega DAC, which costs 44 times as much, sounds even 5 times better. That's something I hope to investigate soon.

2. If you currently connect a computer based digital music source to vintage amplification using the mini headphone out jack on your computer, and your computer has a digital optical or coaxial output, you should buy one of these babies right now.
Posted by Lloyd Naftolin at Sunday, September 23, 2012 3 comments:

Here's something to think about that has big implications for those of us who use computers (and their graphical user interfaces) as their digital music source.
Posted by Lloyd Naftolin at Thursday, September 13, 2012 1 comment: 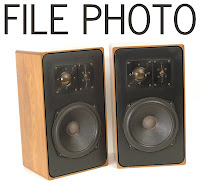 I picked up a pair of Braun SM 1005/8 speakers this past weekend. They appear to be identical to these Braun L830s that I repaired & loved 2 years ago, but with proper connectors, not cheesy captive wires, and more refined cabinet construction details. They're wonderful sounding speakers, the best yet with the Sansui 250 that I've been so happy with lately (their 4 ohm impedance doesn't hurt). I'm going to refinish them by the weekend, and I'll show you pictures then.
Posted by Lloyd Naftolin at Wednesday, September 12, 2012 No comments:

I promised to tell you more about the record cleaning system I started using last week. It's a competitor to the Spin Clean system, and very similar. It's called Disco Anti-Stat, and it's made in Germany by knosti. The products perceived value for money isn't encouraging at all...you get a plastic trough with 2 goat hair brushes inside, a drying rack that stores away inside the trough, two threaded plastic label protectors that screw together with a protruding spindle that fits into a notch in the trough,a funnel to filter and reuse cleaning fluid, and that's all. No cleaning fluid, no spare brushes. I'm disappointed by the poor value, but can't think of anything I could do with $95 (plus cleaning fluid that you can buy or make...more about that later) that has made such a big difference to my enjoyment of the music. At $40, this would be an amazing product. At almost $100 I recommend it highly, but with no enthusiasm. 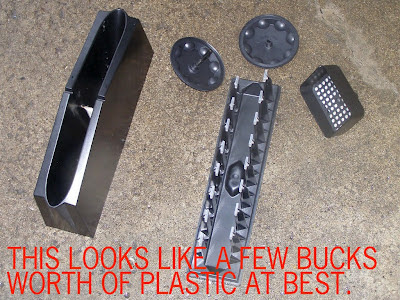