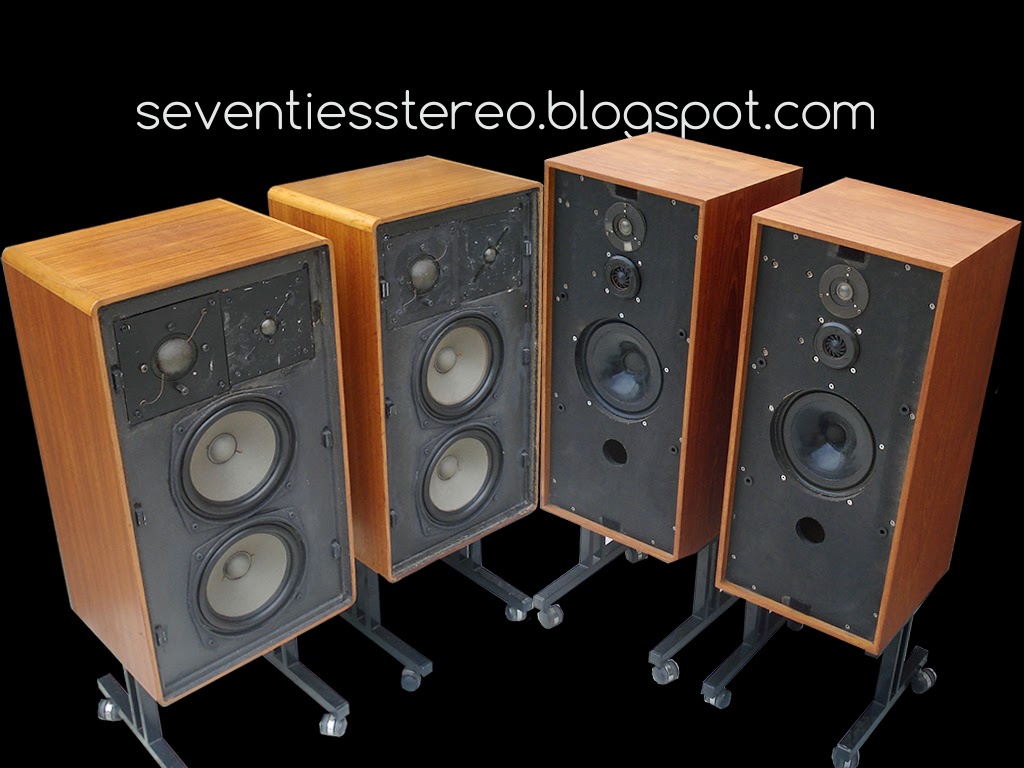 Apparently, these were darlings of the british hi-fi press in the early eighties. Stereophile loved them too. I jumped on a pair at a very fair price in rough cosmetic shape, but sounding great. I veneered them (on 3 sides...I'm lazy) with some scraps I had of figured black walnut, and now I think they look the way they sound 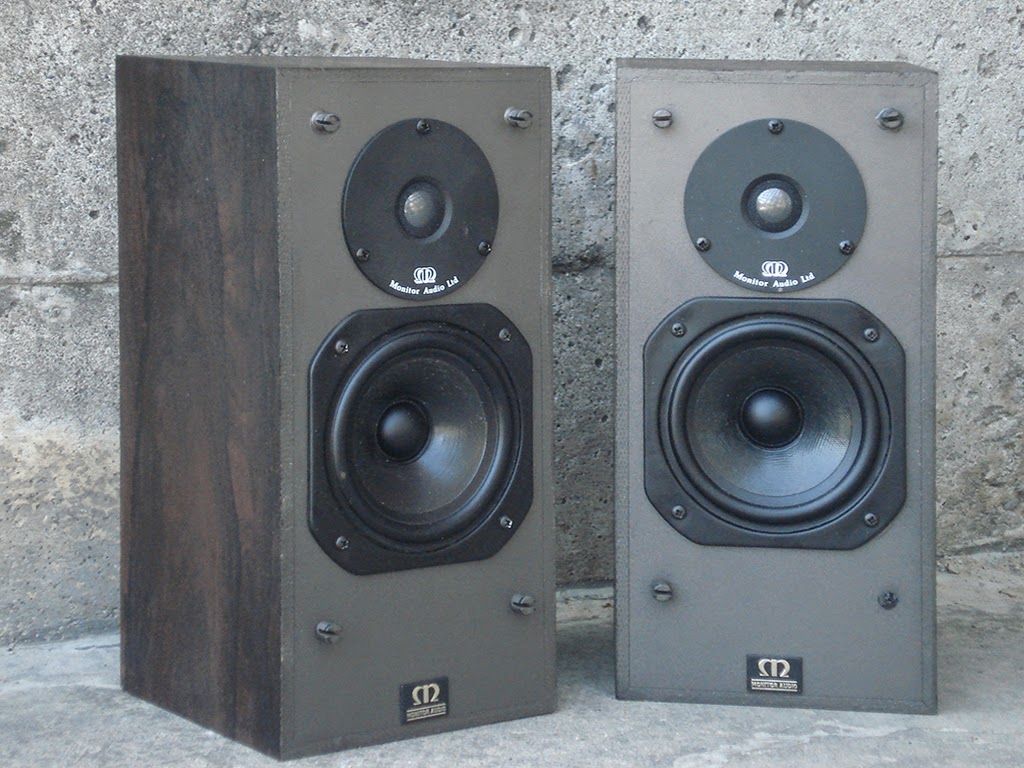 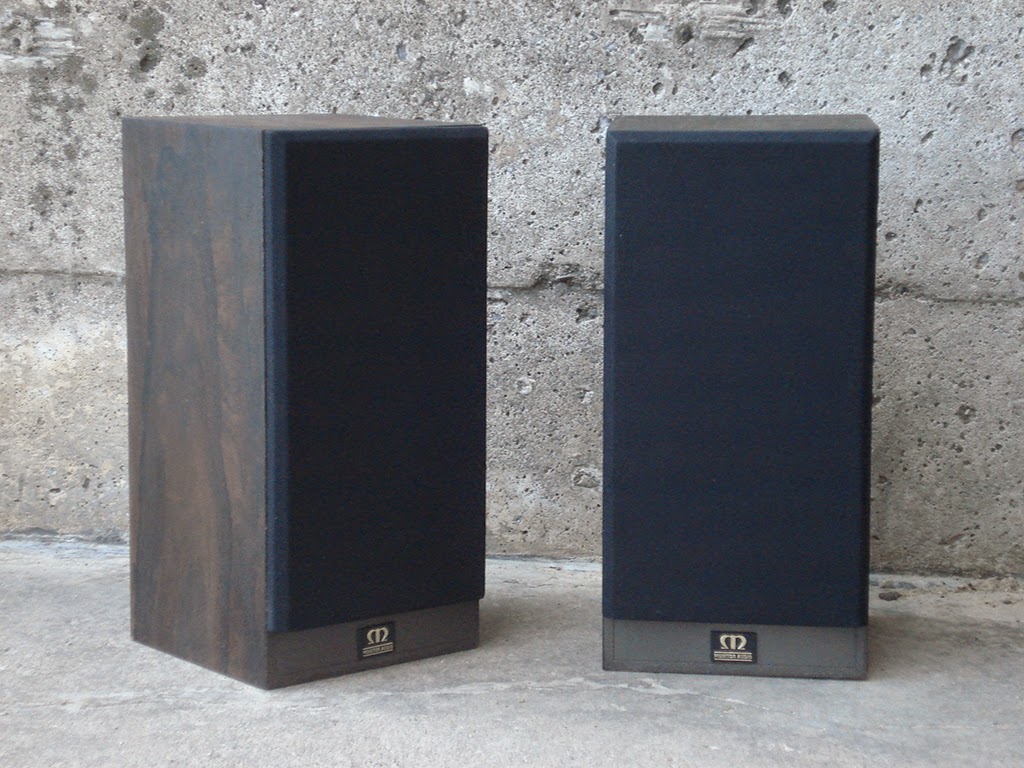 These are the biggest Braun driver speakers I've had here (and the biggest I'd want in my space). A 3 way design, not unlike the ADS L780/2s below, but with bigger midrange domes (with massive magnets), beefier tweeters built on huge faceplates, and two eight inch woofers in each cabinet.
The clarity of the ADS/Braun designs is extended another octave. These are awesome, very engaging speakers. Listening to Ella Fitzgerald jamming with an all star Pablo band on Fine & Mellow (on original vinyl) almost brought tears of joy to my eyes. 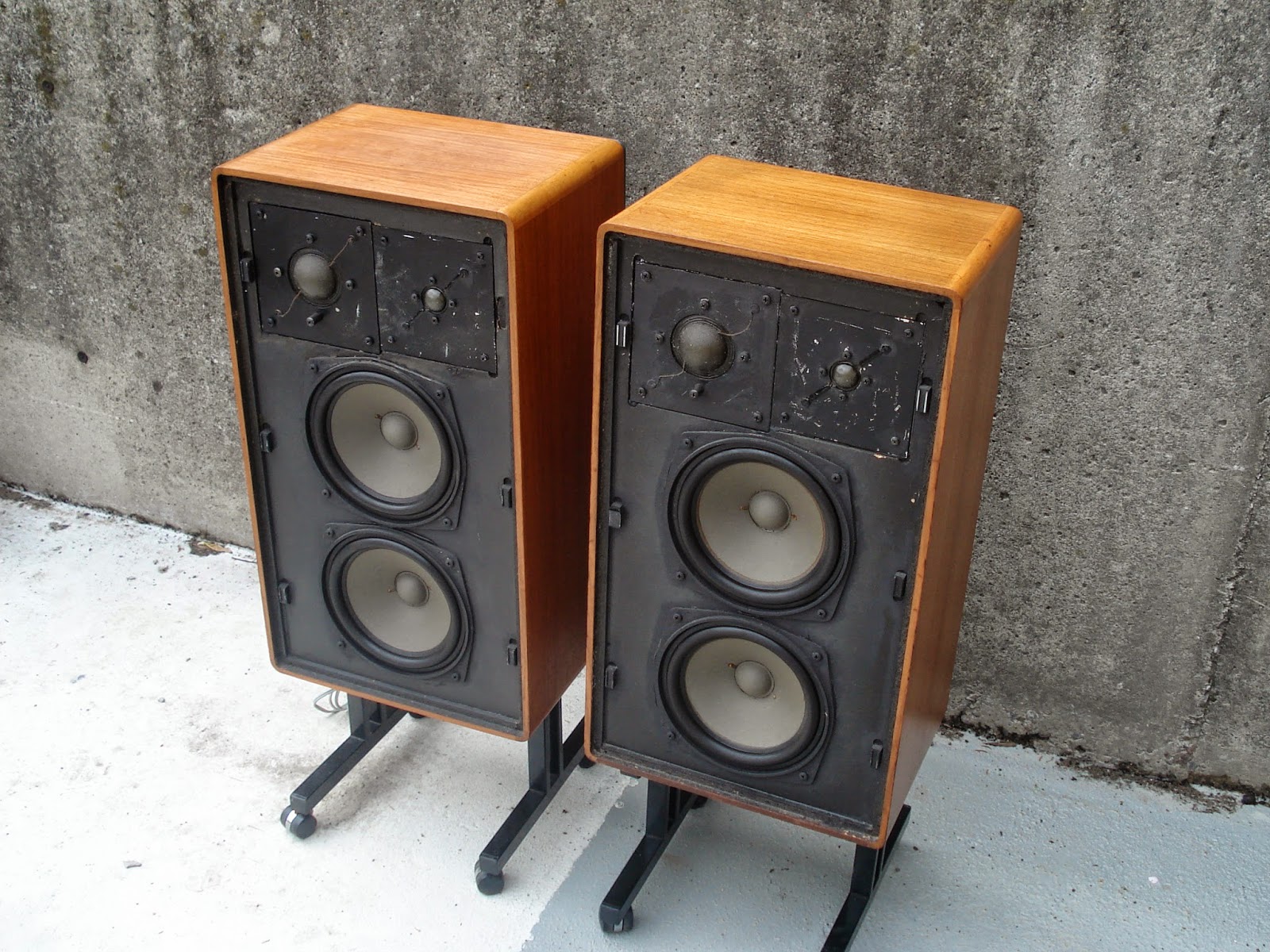 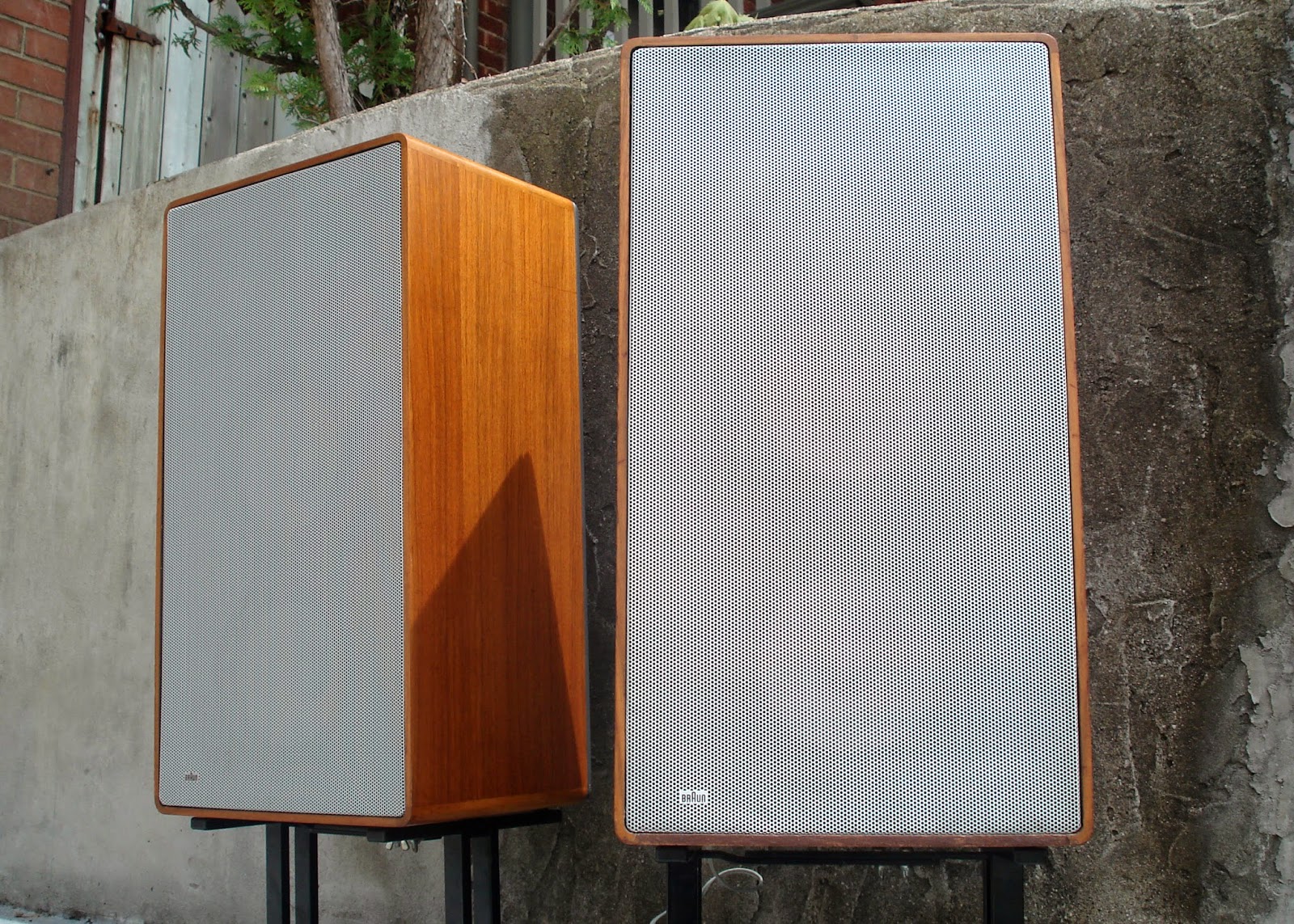 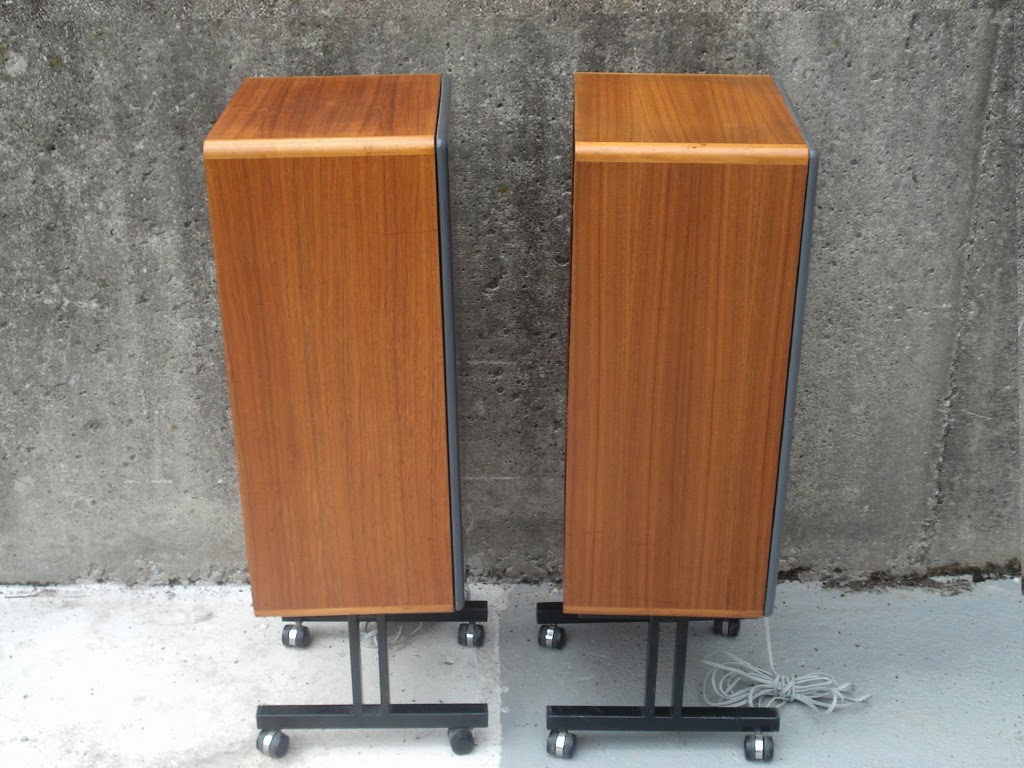 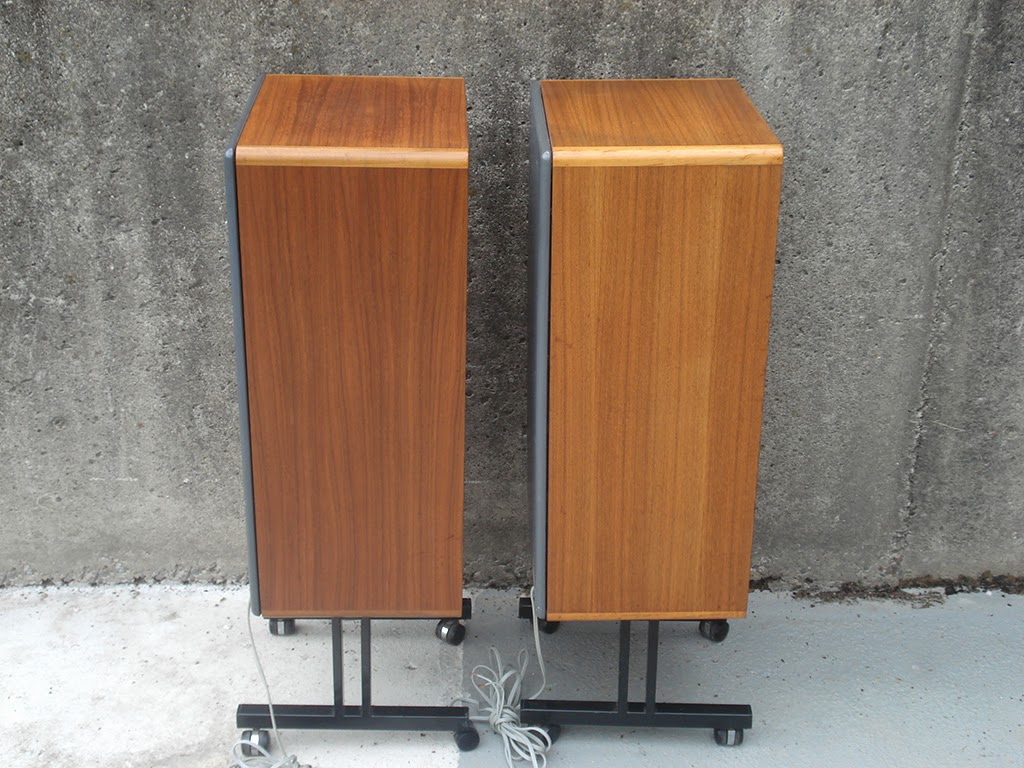 Visitors to Seventies Stereo World Corporate Headquarters who've heard ADS speakers here in the past have commented that they have a level of clarity and natural detail that they've only experienced before when using headphones. It's hard to argue. I've loved all seven sets that have passed through here from tiny to healthy medium.
This pair of 3 way eight inch beauties are chips off the block, clean, clear and very musical. 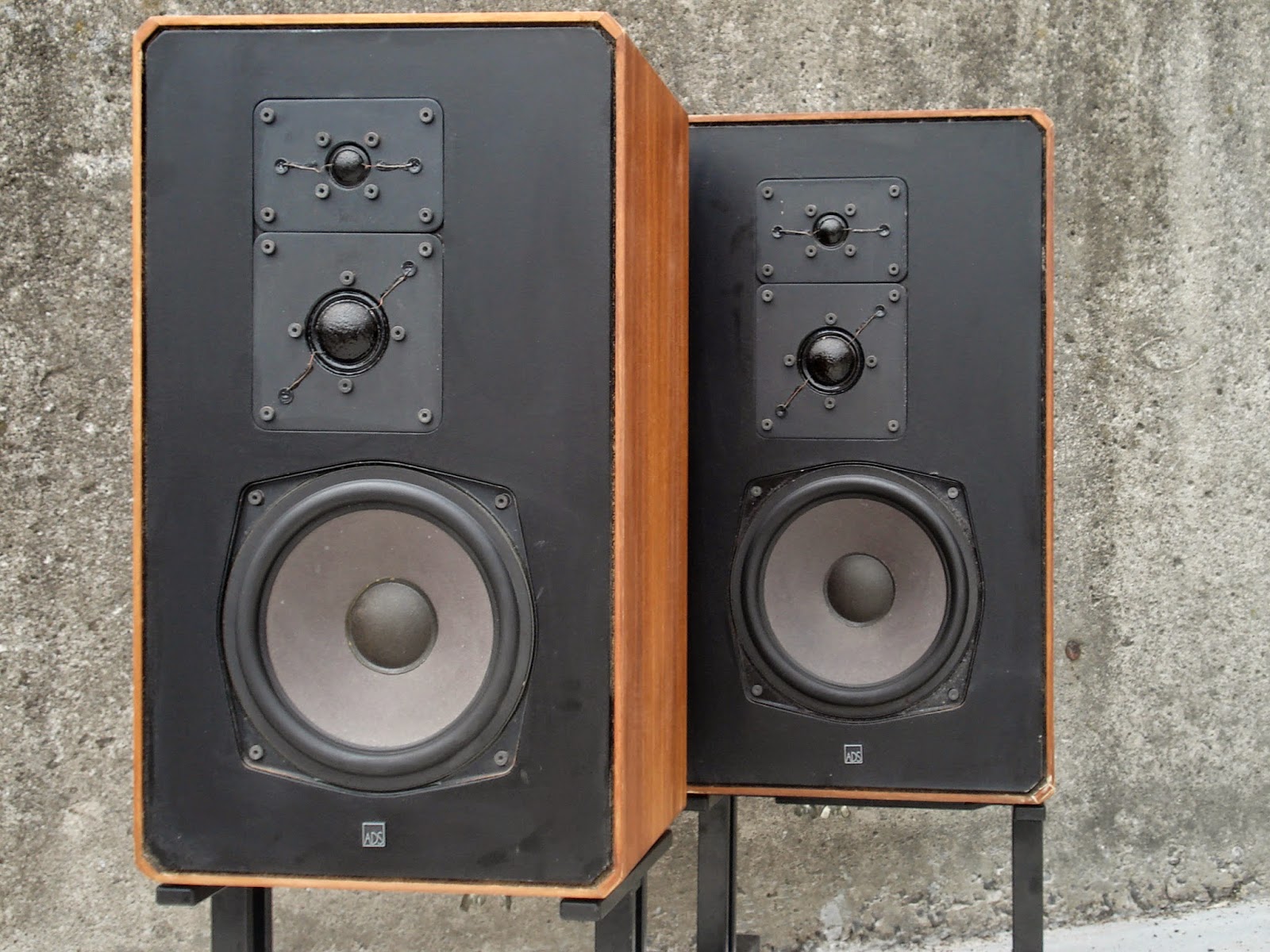 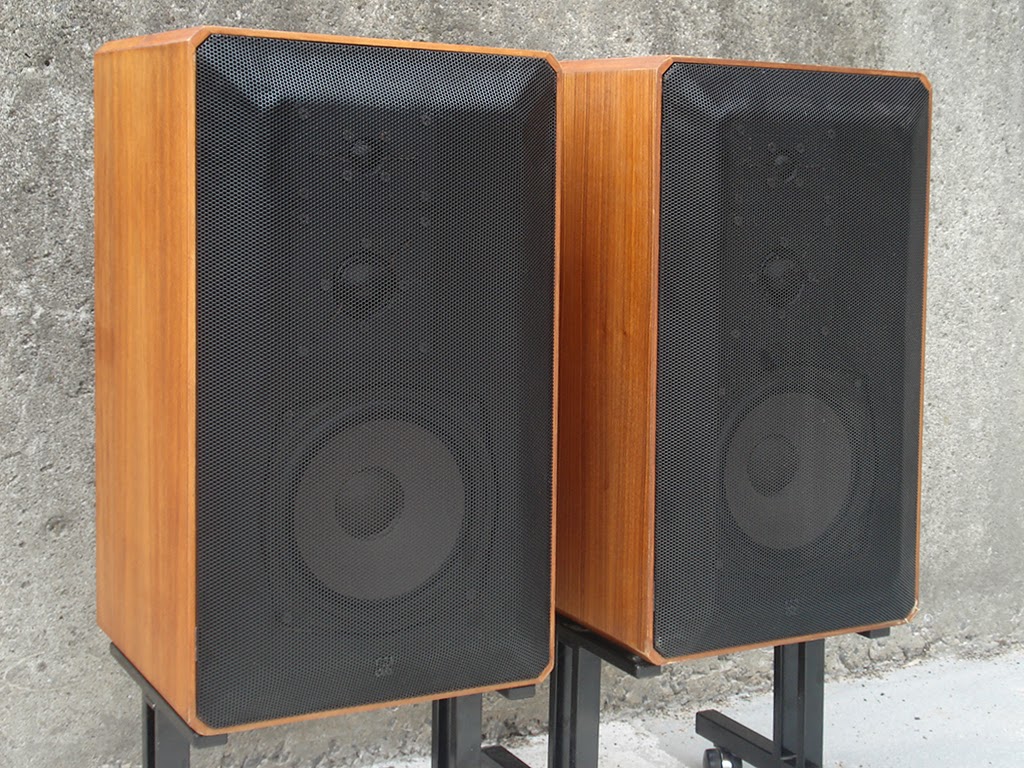 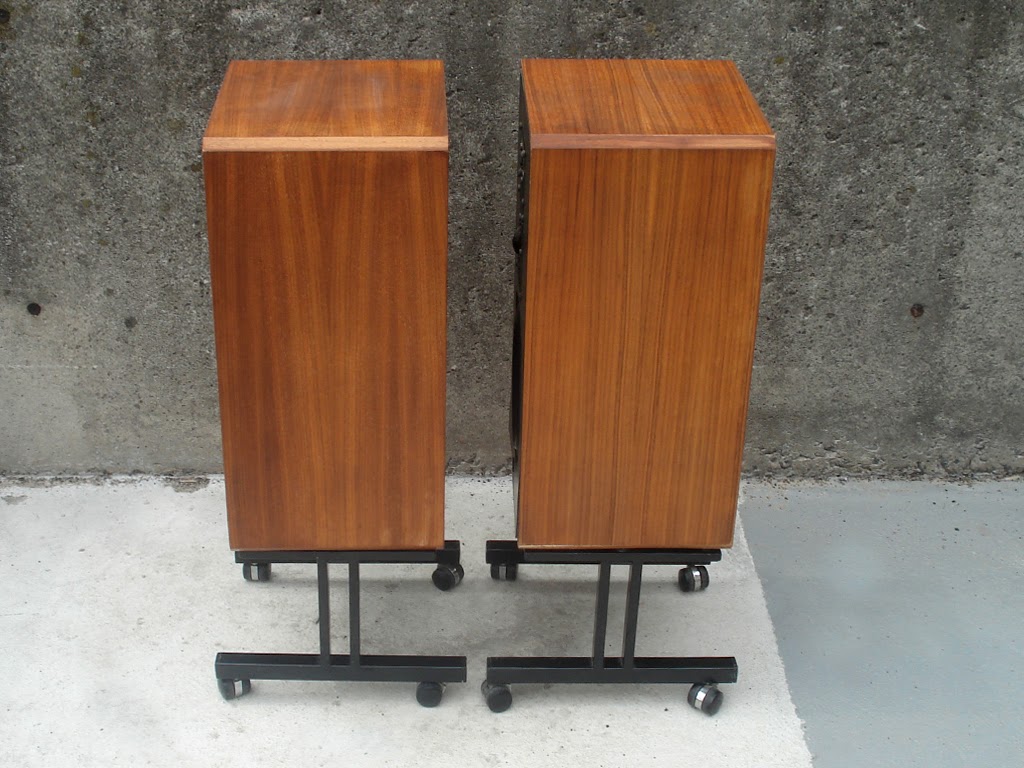 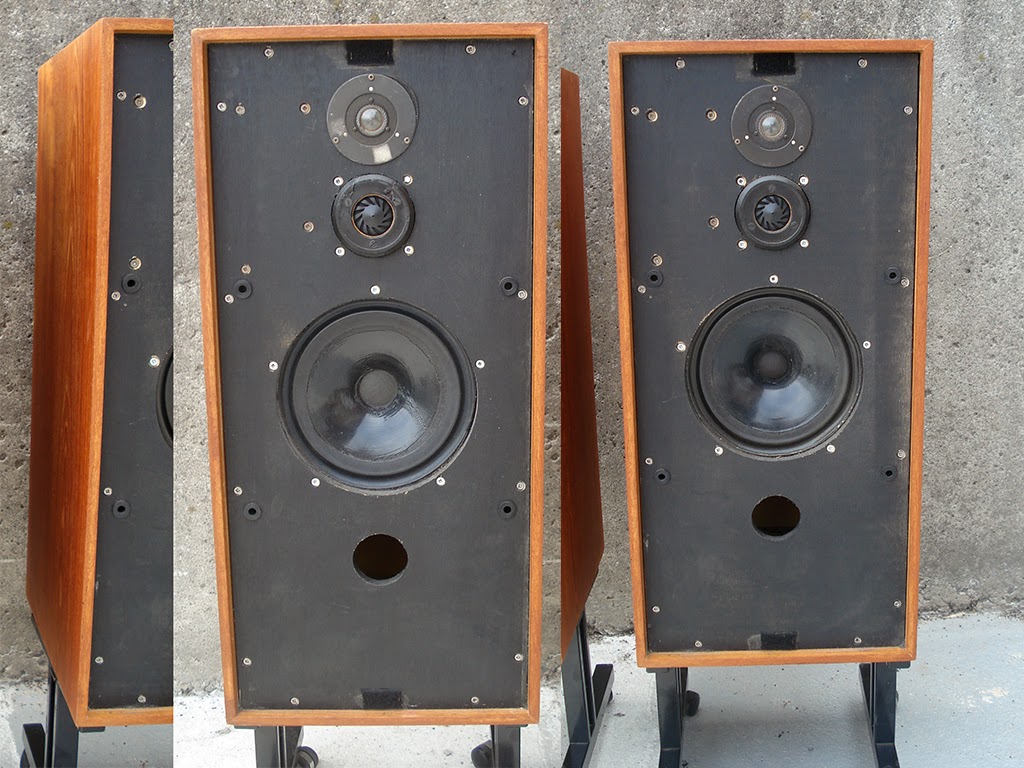 First off, they sound fantastic, and did before I did anything to them, but they were a mess. One tweeter was missing substantial pieces of it's plastic casting, including around a captive screwhole, so the heavy magnet was pulling it into the cabinet, putting it at an odd angle, with lots of play. I would've liked to replace it, and it looks exactly like the tweeter in many Celestion models (Ditton 15, Ditton 25 etc.), but it's rated at 16 ohms. I wanted to save it, so I glued together what I could, and cast the missing pieces in epoxy. The cabinets were terribly scratched, and I got most out, without going through the veneer. I haven't touched the backs (yet). 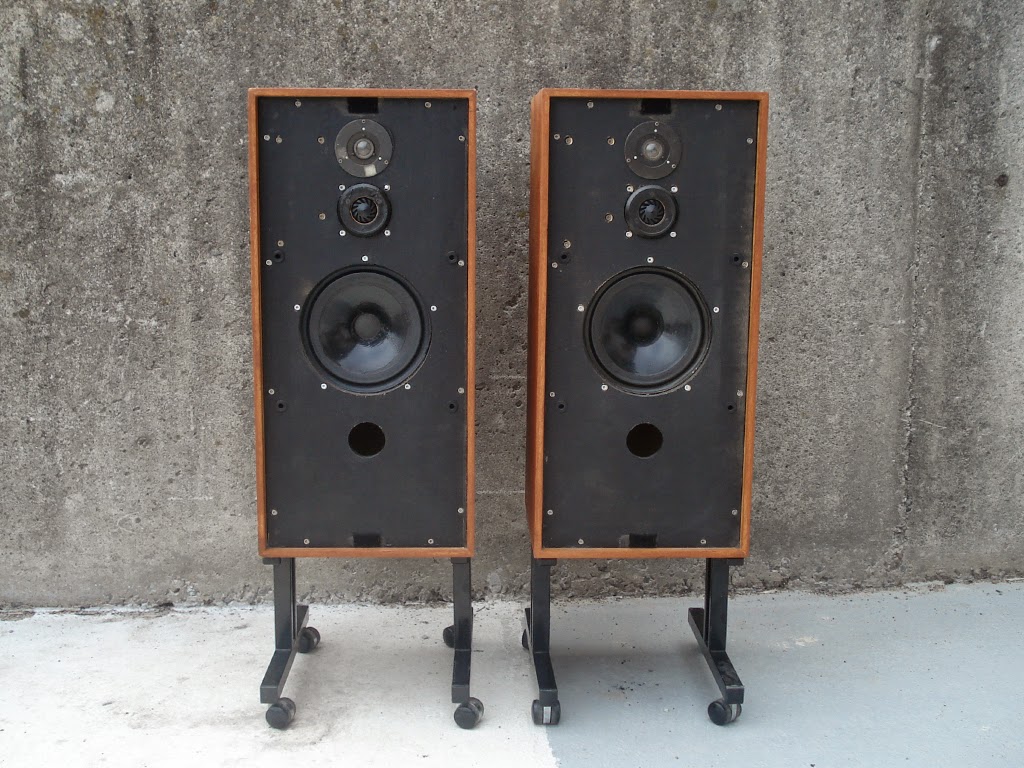 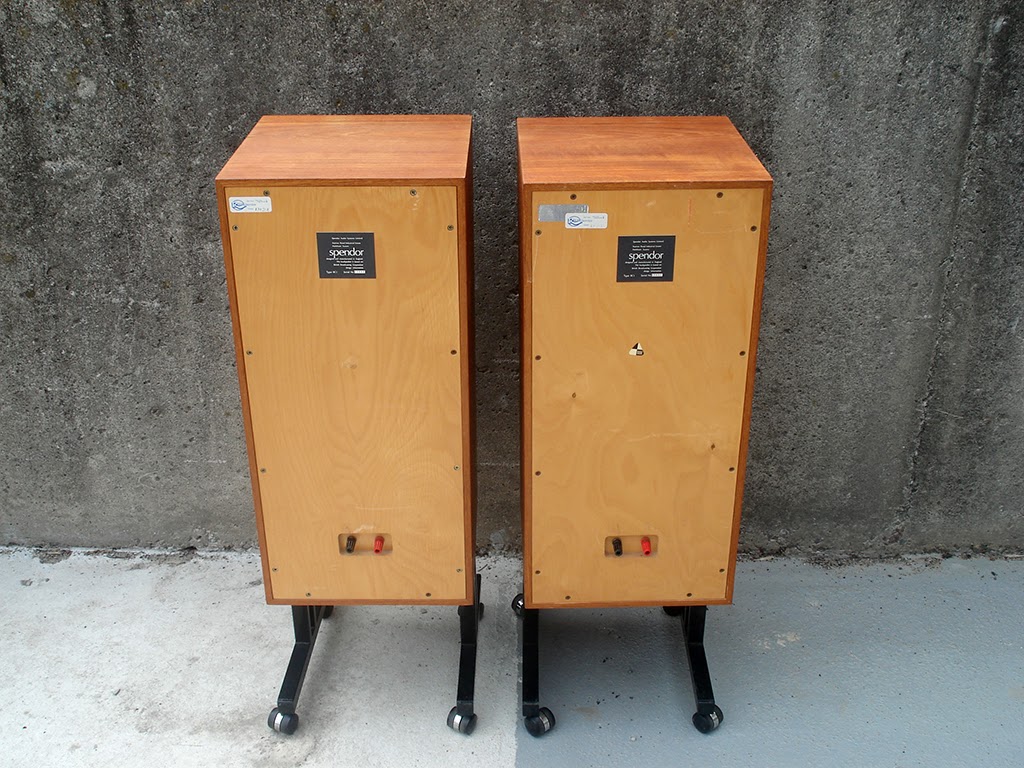 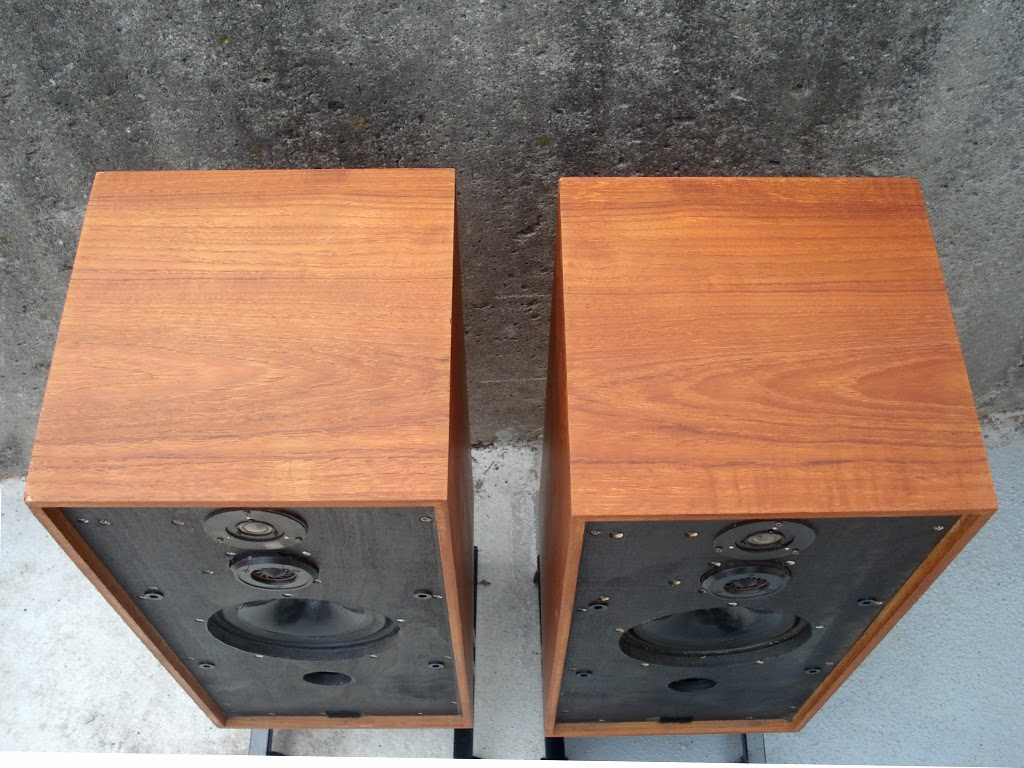 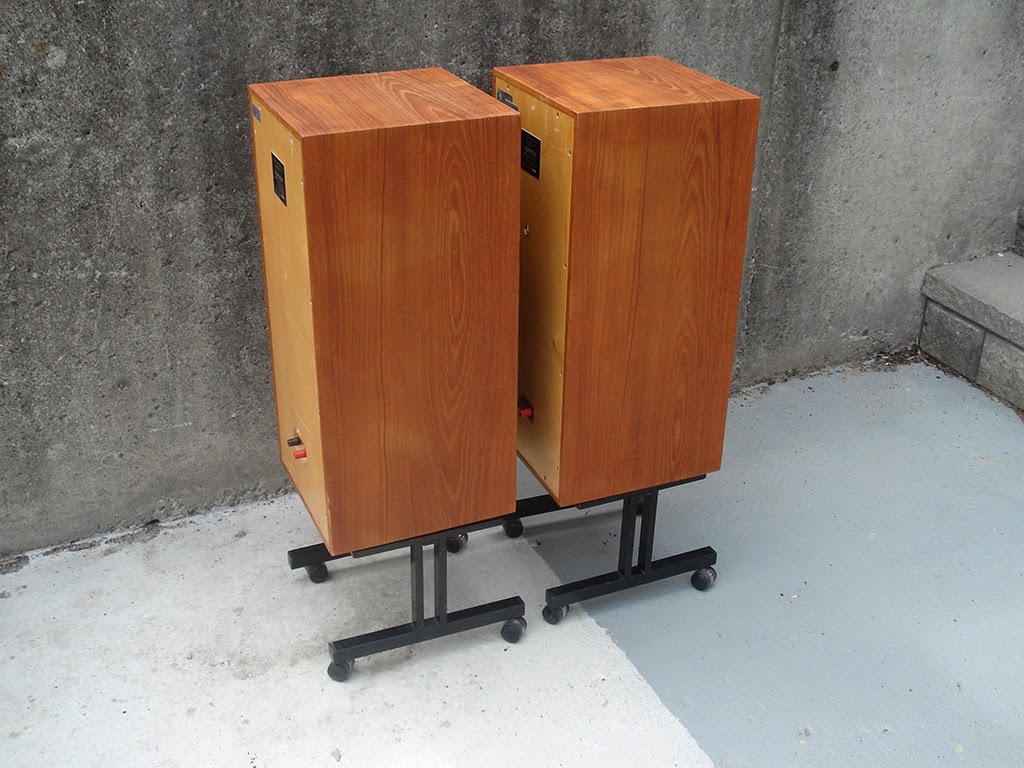 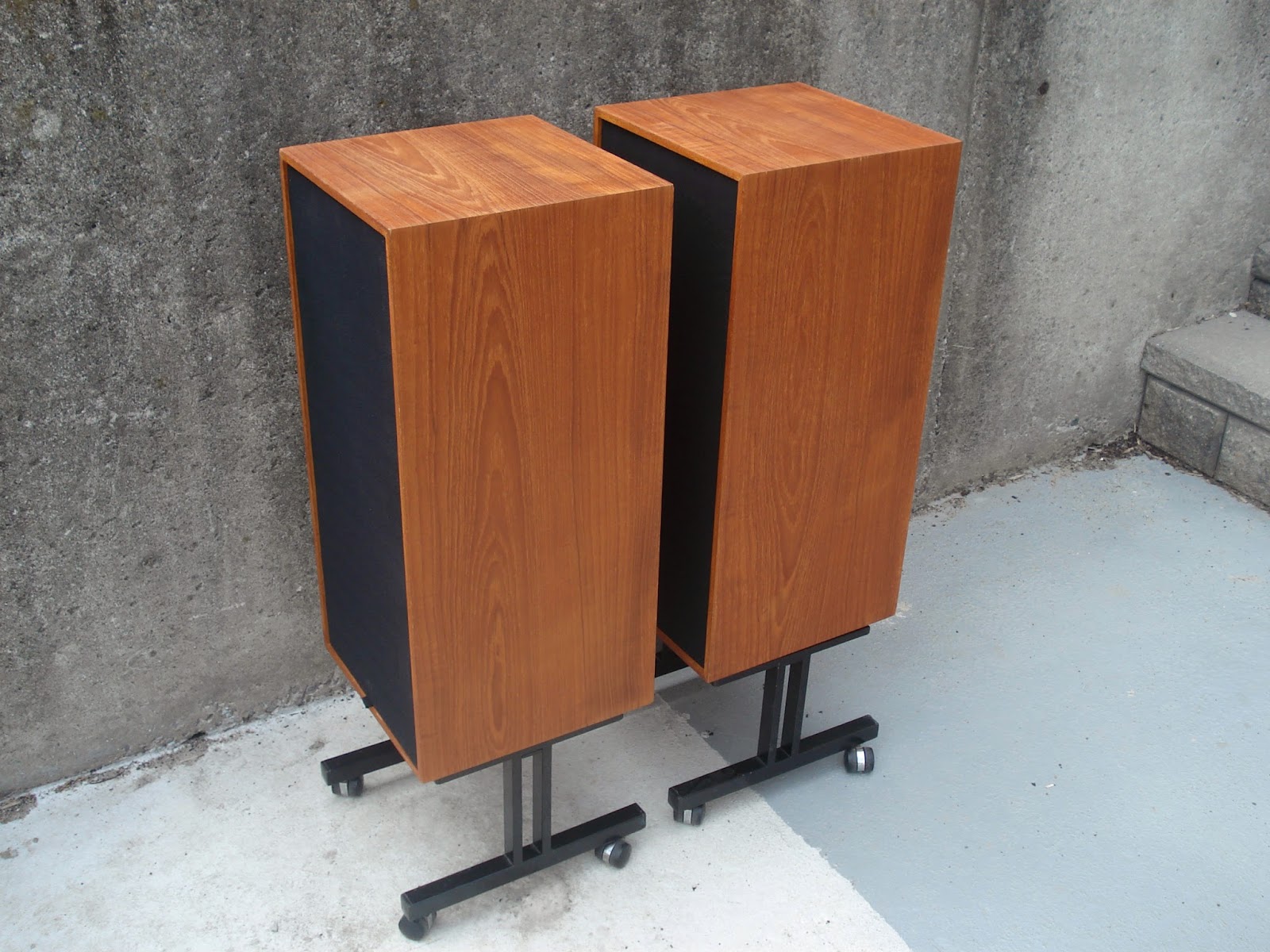 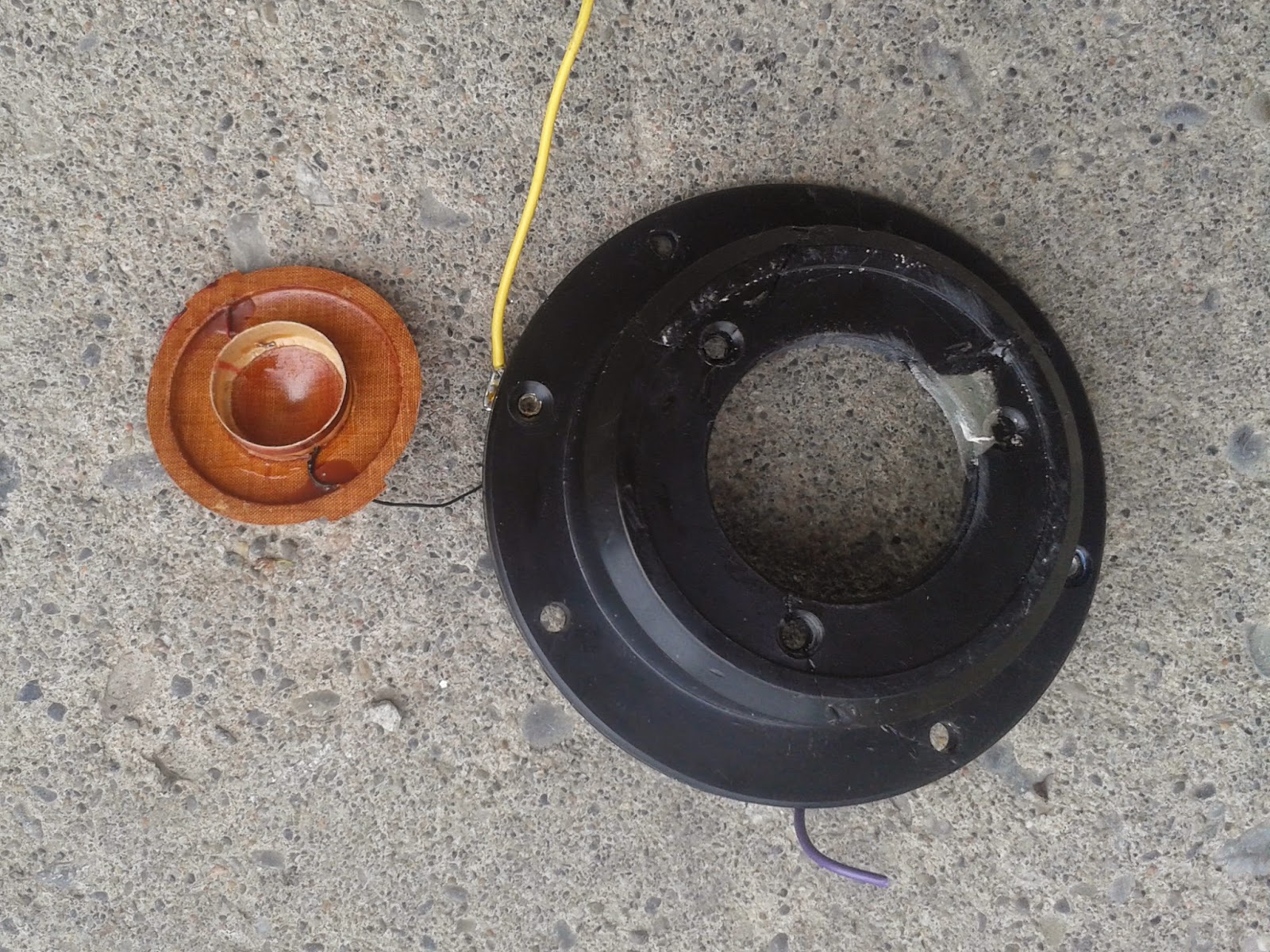 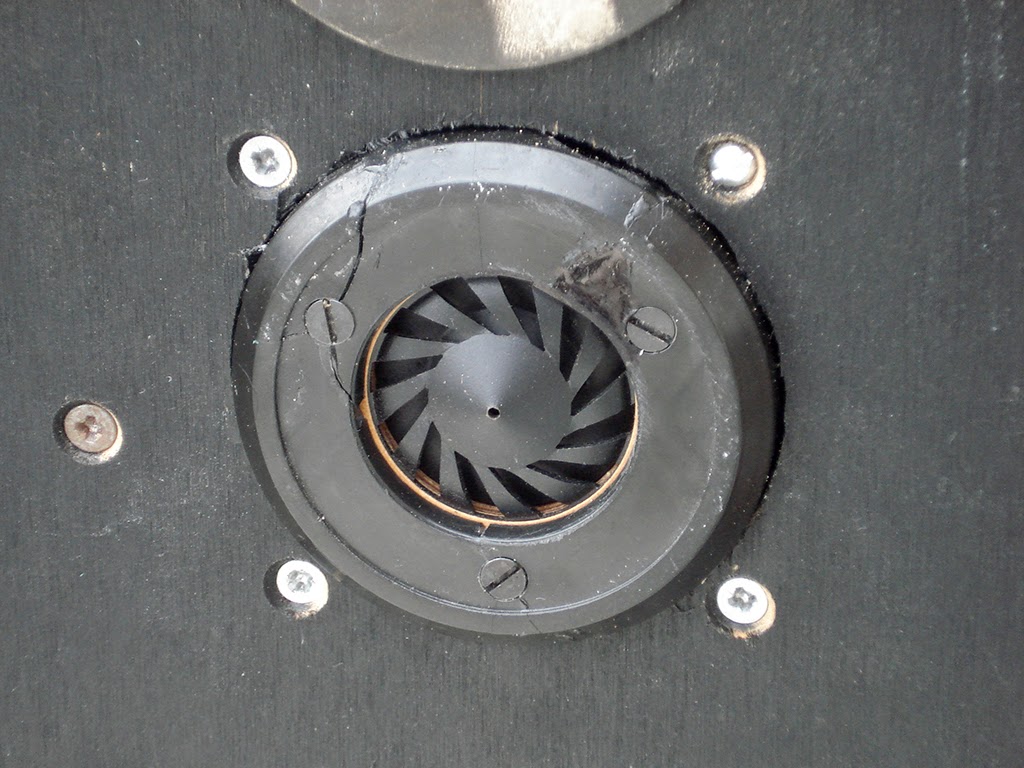 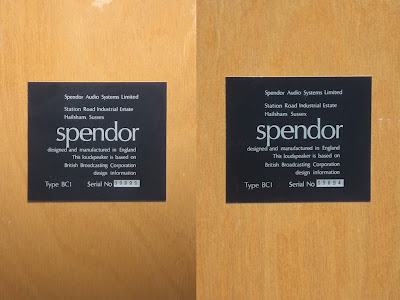